Before being killed, Jacques Sauniere, the last Grand Master of a secret society founded by the Templars, passed to his granddaughter Sophie a mysterious key. Sauniere and his predecessors, among whom were men like Isaac Newton and Leonardo Da Vinci, have for centuries, a knowledge that can completely change the history of mankind. Now Sophie, with the help of symbology Robert Langdon expert in deciphering hidden messages in the most famous paintings of the great painter and the walls of ancient cathedrals. A puzzle to be solved soon, since they are not alone in the game: a powerful and influential Catholic organization is willing to use every means to prevent the secret comes to light.
Posted by cuartoeso at 16:15 No comments:

Email ThisBlogThis!Share to TwitterShare to FacebookShare to Pinterest
Labels: Lidia


This story begins with an old man who is reading a book to an old woman who has Alzheimer. The book treats on a girl, Allie Hamilton, who arrives with her family on a small town in North Carolina to pass the summer.
Once there, she meets a boy, Noah Caulhoun, in a theme park. She's an upper-class girl, and he's a working-class boy, but they fall in love immediately.
They spend so much time together and they are happy for a few weeks, but then some trouble start to appear. Allie's parents don't agree with the relationship and they don't like Noah for being a lower-class boy. Noah and Allie have a discussion because of this, and they break up. On the next day, Allie's parents decide to leave the town immediately and return to the city, so Allie can't reconcile with Noah.
Noah doesn't know anything about what happened, and he sends letters to Allie, but her mother doesn't give them to Allie and she doesn't receive them. Then, Noah goes on World War II with his best friend.
Years later, he comes back and he decides to restore an old house he liked so much and where he spent so much time with Allie.
When he finishes restoring it, he appears on the newspaper and Allie sees it. She decides to visit him and they talk about how important they where to each other, but there is a big problem. After many years separated, Allie met another man and she's now compromised with him.
Allie's mother decides to tell her the truth and she gives her all the letters which Noah sent her. Allie decides to go back with Lon, the man who is compromised with her. On her way back, she starts reading all the Noah letters, and she starts crying. She arrives at the hotel and talks with Lon. She knows she should be with him but she loves Noah and she goes back with him. When she arrives, they kiss and they hug for a long time, but then the old man stops reading.
The old woman recognizes him. She realizes that’s their own love story and she hugs the old man, Noah. But it won’t be for much time, so she says him that she loves him and then she doesn’t remember anything.  Noah has to leave her room, and in the night he visits her and he lays in bed with her. Next morning, a nurse found both of them in bed. They died happy and loving each other like the very first day.
TRAILER
Posted by cuartoeso at 23:53 No comments:

The Lord of the Rings 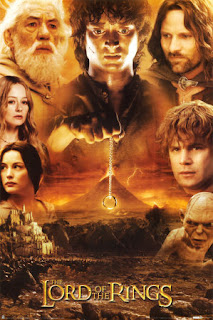 The story takes place in the context of historical events in North-West Middle-earth. Long before the start of the novel the Dark Lord Sauron forged the One Ring in the year 1600 of the Second Age to gain power over other rings held by the leaders of Men, Elves and Dwarves. He is defeated in battle in the year of 3441 of the Second Age, and Isildur, son of Elendilcuts off his Ring and claims it as an heirloom for his line. Isildur is later killed by Orcs, and the Ring is lost in the river Anduin. Over two thousand years later, the Ring comes into the hands of the hobbit Déagol, who is then strangled to death by his friend Sméagol, who takes the ring, is banished from his community and hides under the mountains, where the Ring transforms him over the course of hundreds of years into a twisted, corrupted creature called Gollum. Eventually he loses the Ring, which, as recounted in The Hobbit, is found by Bilbo Baggins. Meanwhile Sauron takes a new physical form and reoccupies Mordor, his old realm. Gollum sets out in search of the Ring, but is captured by Sauron, who learns that Bilbo Baggins has the Ring. Gollum is set loose, and Sauron, who needs the Ring to regain his full power, sends forth the Ringwraiths, his dark, fearsome servants, to seize it.
Later, Frodo Bolson, the hobbit that found the ring,  most go to the Mordor to throw it into the volcan of one of Mordor's mountains, then all will finish, but the obsesionated Gollum, won't let him do it, so he stoped Frodo, but at least the ring falls into the lava, in hand's from Gollum. At this moment, all the creatures made by Sauron, fall into the earth, and Sauron also.


Now the trailers of the films:

Email ThisBlogThis!Share to TwitterShare to FacebookShare to Pinterest
Labels: Kevin

The Boy in the Striped Pyjamas is a 2006 novel from the point of view of a naïve young boy, written by Irish novelist John Boyne.

Bruno is a eight-year-old boy growing up during World War II in Berlin with his family,his parents, his sister Gretel and maid servants called Maria and Lars. His father is a high-ranking SS officer who is promoted to 'Commandant', and to Bruno's dismay the family has to move away to a place called Out-With (which turns out to be Auschwitz). However, one day while Bruno is looking out of his window he notices a group of people all wearing the same striped pyjamas and striped hats or bald heads. His father tells him that these people are not real people at all. They are Jews.There is also a soldier called Lieutenant Kurt Kotler who is violent in his ways. Bruno finds out he is not allowed to explore the back of the house or its surroundings  his father is very stern in forbidding him to do so but he decides to explorer. He spots a boy on the other side of the fence.The Jewish boy's name is Shmuel. He was taken from his family and his father came with him. Almost every day, they meet at the same spot. Soon, they become best friends. Bruno's Mother persuades his Father to take them back to Berlin, while Father stays at Out-with.

As a final adventure, he agrees to dress in a set of striped pyjamas and goes in under the fence to help Shmuel find his father, who went missing in the camp. The boys are unable to find him. Then the boys are mixed up in a group of people going on a march. However, they are soon crowded into a gas chamber, which Bruno assumes is a place to keep them dry from the rain until it stops but it isn't true.
A year afterwards, his father returns to the spot that the soldiers found Bruno's clothes. His father eventually pieces together that they gassed Bruno to death. Several months later, the Red Army arrives to liberate the camp and orders Bruno's father to go with them. He goes without complaint, because "he didn't really mind what they did to him any more" 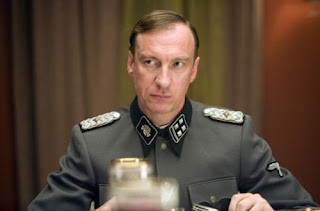 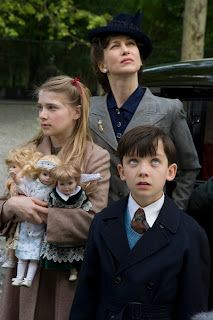 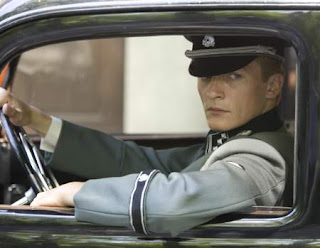 Email ThisBlogThis!Share to TwitterShare to FacebookShare to Pinterest
Labels: Caroline.

A teenager called Baby , whose parents were rich lived with them and her sister who was fifteen years old. she won goint to school when she saw a teenager sitting in a motorcycle , this boy called Hugo.
Hugo shouted ugly and she saw for window, there was a teenager very beautiful. In the college he waiting for her but she rose to the car.
Ahe hate him because they are very different though they fall in the love, they spend her time together.  A day Baby didn´t go to class to be with Hugo but the teacher saw them, she phone to the parents when she arrived at her house, they spoke with Baby. At the hihgt Baby went to the competition of motorcycle with Hugo, Baby rose with her boyfriend.
In this competition Pollo( the best friend Hugo) died. The parents Baby can´t saw them, they could separate them. Baby morried with boy who preferer her parents.
They went to the house and they happened and good nice time.


The difference between the book and the movie are:
is the name of actors the girls is baby but the boy is Step, other difference is in the book the girl is fair-haired and is the place history develops Roma.

We liked it much because this book speaks about the life of twi teenagers in love. This book or movie also teaches to the teenagers the life now.
This film or book is recommended for all the ages. We like it because is romantic. 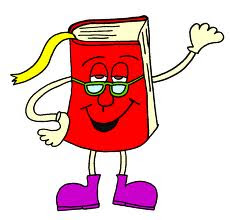 google
A bit late, but we are starting the new blog for 4º E.S.O. This time we are going to talk about books and films. Each student working on the blog has to choose a book  and the only condition is that the book has to have a film as well . Some of the students have read the book or they have seen the film and some have done both things but before they start writing in the blog they will have to do both things.
The list of b&f are:
La reina de los condenados.
El cuaderno de Noah.
La comunidad del anillo.
Harry Potter y el cáliz de fuego.
El león, la bruja y el armario.
Alicia en el país de las maravillas.
Tres metros sobre el cielo.
El código Da Vinci.
El retrato de Dorian Gray.
El niño con el pijama de rayas.
The titles are in Spanish but the idea is or reading the book in English or see the film in English as they want. Bye for now.
Posted by cuartoeso at 19:02 No comments: